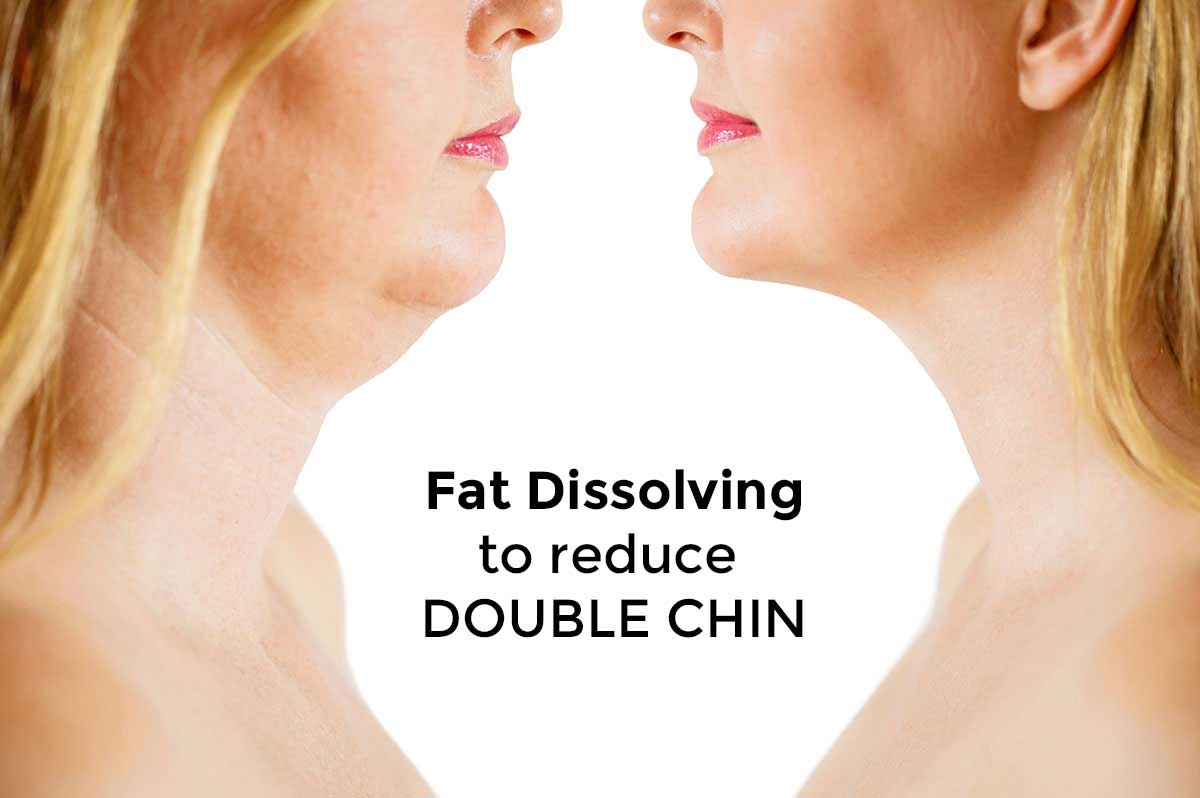 Fat Dissolving Injections is a treatment that helps to dissolve stubborn fat deposits simply and without surgery.

Many people suffer from stubborn areas of fat, which are resistant to diet and regular exercise.

These pockets of fat can be treated with injections of lipolytic products such as Aqualyx or Adipo Forte, which can be administered in the following areas of the face and body:

Aqualyx in the Face

For small areas of fat, such as the jowls and chin, just two to three treatments of Aqualyx can dramatically reduce fat deposits to give a more youthful and defined facial contour.  Dermal Filler can also lift the jowls which are due to  sagging skin.

Aqualyx in the Body

An ideal client could be a man or woman who has a “muffin top” despite having a slim frame.  Or it could be a young mother, who has been left with an area of fat on her abdomen that refuses to budge.

Other common areas for treatment are the knees, hips, back, waist, buttocks and “bingo wings”.

For larger areas like abdomen, thighs or buttocks you may need up to 5 treatments to see noticeable results.

Aqualyx With Other Treatments

Aqualyx works well as a stand-alone treatment and also in combination with other treatments.  If your jowls consist of both fat deposits and sagging skin, Aqualyx can be used in conjunction with a thread lift or with Dermal Filler to create and even more attractive result.

In some cases, when the fat has gone from the area, the skin may be left looking a little loose.  To remedy this, a treatment with the Plasma Pen will tighten the skin.  In some cases, a final treatment of an injection with a skin tightening product may be used.

I’m professionally qualified and fully insured in all the treatments I offer.

How does fat dissolving work?

Fat Dissolving products, such as Aqualyx and Adipo Forte, are water-based solutions that are injected into the fatty tissue, where they surrounds the cells and destroy them. The destroyed fat cells are then excreted by the body safely as waste. Aqualyx is used for people who want to get rid of stubborn areas of fat in their face and body and is clinically proven for this purpose.

The good news is, after the required number of treatments for the area … the results are lasting. Once a fat cell is destroyed, it’s permanently destroyed. However, remaining fat cells, can get bigger, which means, if you gain weight, then other fat cells will still store the fat and still produce unwanted areas of fat.

Is fat dissolving right for me?

As with any skin piercing, there are risk. The most likely side effect is light bruising and redness. There will likely be some swelling, which could last for a couple of weeks depending on the person. Rarely the injection could damage a nerve, which will heal over time.

The solution has local anesthetic added to it and the procedure takes about 15 minutes in the face. Most clients do not report pain. Others say the procedure is quite uncomfortable for body treatments.

Is there any downtime?

Swelling and possibly some soreness is to be expected, so going straight back to work isn’t advised. The recommendation is to ice the skin and rest for 24 hours. The swelling will usually go down within 48 hours, but can take up to a week.

How many treatments will I need?

Treatment for fat pockets underneath the neck and chin, may require 1-3 treatments, 4 weeks apart. In larger areas, such as abdomen, hips or thighs, up to 8 treatments may be needed, depending on your physiology.

How soon will I see results?

Results are seen gradually 3 – 4 weeks after treatment. Maximum effect can take up to 12 weeks. The treated area will look smaller, with less fat build-up. Depending on your own physiology and how quickly your body removes the dead fat cells, you may see results fairly quickly, or it may take longer.

What are the costs?

Costs are based on the area of treatment and the number of treatments required. Prices start from £155 per treatment. See price list for more info.